We would like to offer our sincere support to anyone coping with grief. Enter your email below for our complimentary daily grief messages. Messages run for up to one year and you can stop at any time. Your email will not be used for any other purpose.

Share a memory
Obituary & Services
Tribute Wall
Read more about the life story of William and share your memory.

William Frederick Russell (Fred) was released from the tethers that bound him to this earth at the young age of 85 on the 20th day of January 2023.

He was lovingly cared for by those angels of mercy and patience at Windsor Elms Village, Fundy Terrace House 4 in Falmouth Nova Scotia. Freds kids will forever be grateful for their kindness in caring for their rascally Dad.

Fred was born in London Ontario and loved to regale us of his mischievous exploits as a young lad. He joined the Air Force reserves in his teens and went on to a much loved career as an Aero Engine Technician in the Royal Canadian Air Force. He loved to recount his exploits, stories and memories about his time in the Military and many times expressed how he wished he could go back and do it all over again. After retiring from the military he worked for a time in Public Service and finally as a Commissionaire. Throughout his life he also worked many side jobs, always chasing his next...dollar! He loved music, was a craftsman, could whistle a fair tune and had a wicked sense of humour. Fred's parents and younger siblings emigrated to New Zealand around 1964 where his brother Robert and Jim still reside.

Fred is survived by daughter Karen (Paul) Hill, daughter Laura (Keith) Neiley, daughter Jennifer (Steve) Rowan and son Jeffery (Diane) Russell. He was blessed with many grandchildren and great grandchildren. Freds life will be honoured privately by his children at a later date. A donation in his memory can be made to the Alzheimer Society.

To send flowers to the family or plant a tree in memory of William Frederick Russell, please visit our floral store. 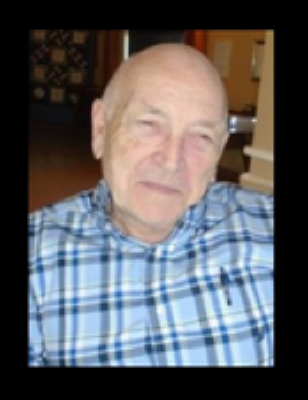 In Loving Memory Of

Look inside to read what others
have shared
Family and friends are coming together online to create a special keepsake. Every memory left on the online obituary will be automatically included in the book.

In Loving Memory Of

Look inside to read what others have shared

Family and friends are coming together online to create a special keepsake. Every memory left on the online obituary will be automatically included in the book.

You can still show your support by sending flowers directly to the family, or by planting a memorial tree in the memory of William Frederick Russell
SHARE OBITUARY
© 2023 East Coast Cremations. All Rights Reserved. Funeral Home website by CFS & TA | Terms of Use | Privacy Policy | Accessibility